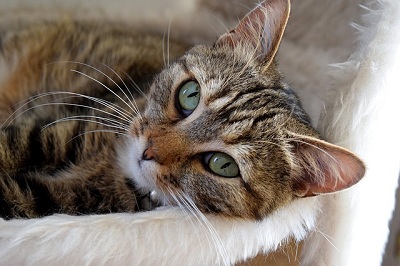 Heartworm disease represents a serious disease that usually affects dogs. However, heartworm disease can occasionally appear in cats. But, how often and how dangerous it can be? To answer this question, we need to understand how cats get heartworms and how they respond to it. Namely, dogs are natural hosts for heartworms, and they do not show the signs of illness until parasites reach the adult stage. On the other hand, only a few heartworms reach adulthood in cats. That is because the cat’s immune system reacts on the young heartworms through inflammation response. In many cats, inflammation usually kills a lot of heartworms and disease goes away on its own. The problem appears when the cat’s immune system overreacts, causing inflammation throughout the cat’s body. It can affect the lungs, cat’s digestive system, kidneys, etc. This huge immune response can have a fatal outcome. But, fortunately, only a small percent of cats experience the dangerous consequence of heartworm disease. To find out more how cats are affected and how dangerous heartworm disease in cats can be, the article “How to Prevent Heartworm Infection in Your Cat” gives us the following explanation.

Changes in airways, vessels and lung tissue were analyzed for all the cats. There was virtually no difference noted in the airways or lung tissue of the never-exposed cats and the naturally exposed and cleared cats.

The results of this study indicate exposure and clearance of heartworm infection in cats does not result in significant changes in the lungs, pulmonary tissue or pulmonary function.

That would seem to challenge the HARD syndrome theory that dead and decomposing worms are wreaking havoc in the lungs of the majority of cats exposed to infected mosquitoes.

Further, the study shows that cats that spend time any time at all outdoors have a two-fold greater chance of exposure than indoor-only cats.

Can an aberrant infection — an out-of-the-blue feline heartworm infection — occur? Sure it can. But I really believe those rare infections are the exception and not the norm.

Like other diseases, the best way to cope with heartworm disease in cats is prevention. Namely, cats who have a stronger immune system will hardly catch the illness. They are more resistant to heartworms. And what we can do to boost feline immunity is to provide him/her with a healthy diet and a lot of affection. The play is also a great way to bond with a cat and improve his/her mood. The better a cat feels, the stronger his/ her immunity will be. Cats who are less on medication, have a better ability to cope with illnesses. And finally, in a summer season, when heartworm disease reaches its peak, the good idea is to reduce the time spent outdoors. In this way, a cat will be less exposed to mosquitoes, the main transmitters of disease.

Tags: How Dangerous Is Heartworm Disease in Cats?