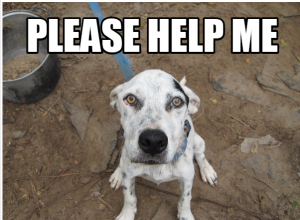 The list goes on and on. In fact in 2017 the RSPCA case load rose to over 150,000 investigations. There would be millions of cases worldwide!

Its good news that the maximum sentence is being raised to 5 years but the IRONY is that even the current 6 month sentence is rarely given! And that is an utter disgrace! In fact less than Less than 8% of convicted animal abusers are sent to prison.

Animal cruelty does just not occur in the United Kingdom.  In the United States the cruelty laws vary from state to state and seem to range from 6 months to 5 years in most cases with a maximum of 10 years in Alabama.

But many countries around the world do not have any laws of any substance against animal cruelty, in the 21st Century this is absolutely shocking.

WHAT YOU CAN DO TO HELP STOP ANIMAL CRUELTY

It doesn’t matter where in the world you live if you believe tough cruelty laws should exist PLEASE SIGN THE PETITION BY CLICKING THE LINK BELOW, IT WILL ONLY TAKE YOU A FEW SECONDS,  AND MORE IMPORTANTLY  PLEASE SHARE THIS POST.