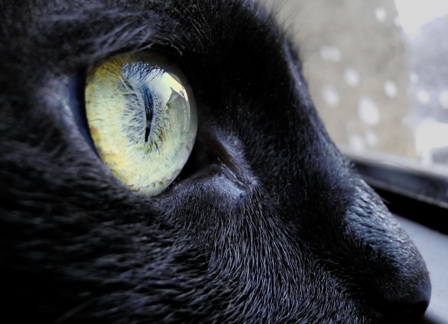 Most veterinarians agree that the risks for kidney problems increase with aging of the cat and disease itself appears as a leading cause of cats’ death. As in any case of diseases, prevention plays the great role in early detection of this problem and increases the chances to treat it successfully. One of the key factors in prevention of the kidney problem is a proper diet, a diet that is rich in high quality proteins. The cats with hyperactive thyroid and diabetes can develop very often kidney disease, and diet containing food rich in carbohydrates does any good, for too many carbohydrates in a diet lead to diabetes. There is one factor left, which has not to be overlooked – some breeds are naturally prone to kidney problem like Abyssinians and Persians. For every cat lover the most important thing is the good health of his/her pet, and in case of kidney disease it is very important to notice the signs and symptoms when they arise. The article “Kidney Disease in Cats” lists the common signs of kidney problems.

• Cats with kidney diseases do not begin to show signs of uremia until about 70 percent of their nephrons are destroyed. Thus, a considerable amount of damage occurs before any signs are noted. The degree of renal failure can be determined by looking at laboratory data and tracking the progression of certain parameters.
• One of the first signs of kidney failure is an increase in the frequency of voiding. Because the cat is voiding frequently, it might be assumed that her kidneys are functioning properly. Actually, the kidneys are no longer able to conserve water efficiently. Cats will go to the litter box several times a day and may also begin to urinate outside the box, since the box is getting dirty faster. This large urine output must be compensated for by increased fluid intake, and the cat will drink a lot more than usual. Also, because the urine is dilute (not concentrated), bacterial infections of the bladder and kidneys are much more common.
• As renal function continues to deteriorate, the cat begins to retain ammonia, nitrogen, acids, and other waste products in the bloodstream and tissues (uremic poisoning). Blood chemistries will determine the exact levels of these metabolic products. Cats in the later stages of kidney failure may produce less urine than normal and, eventually, no urine at all, which leads to rapid decline.

An awareness of symptoms is priceless when it comes to kidney problem. Noticing every change in the cat’s habits and behavior on time and going immediately to the vet can identify the disease early, which increases the chances to prolong the life of the cat and decrease the consequences for its general health. Even, in case the kidney problem is diagnosed as chronic and irreversible, with the proper treatment the progression of disease can be lessened and the cat can live much longer than untreated.