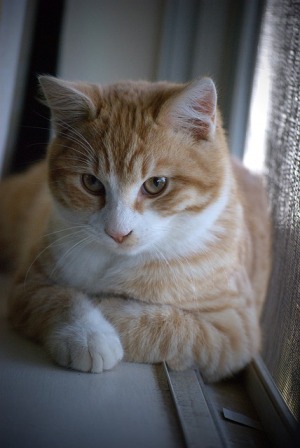 Until recently, arthritis in cats failed to be recognized as a serious health condition that affects cats, because its symptoms, in most cases, have gone unnoticed. In the past, many veterinarians did not observe and treat arthritis in cats because the scientific evidence about cat’s arthritis has been missed. One of the reasons for that is, probably, cats’ stoic nature when encountering pain. Cats tend to withdraw and suffer in silence. On the other side, cats’ owners did not have much information about cat’s arthritis, its signs, and symptoms, and were not able to act accordingly. Fortunately, recent studies discovered that almost 90% of cats older than 12 years suffer from arthritis. The study, also, revealed that even younger cats, about 60%, have developed some form of arthritis. In order to notice the signs and symptoms of cat’s arthritis on time, the article “Causes and Signs of Arthritis in Cats” lists examples of possible behavioral changes.

Any change in your cat’s behavior may be a result of pain. Each cat reacts to pain in a different manner. These are some examples.

• Some cats become less active and may sleep more than normal.

• Other cats may become anxious and restless.

• Some cats become irritable and begin to avoid contact with family members.

• Cats with arthritis may be painful when handled.

• Some cats with arthritis will stop grooming themselves, resulting in an unkempt haircoat.

• The pain resulting from arthritis may cause a decreased appetite for some cats. This in turn may result in weight loss.

• Lameness may be present but is often difficult or even impossible to notice. Some cats become quite good at hiding the symptoms of their pain.

Even though, the signs and symptoms of cat’s arthritis are not easy to observe, we have many options to prevent the disease. If we consider what are vulnerable groups that are prone to develop arthritis, we can make a significant influence. The truth is, we cannot do anything to prevent our cat from aging, but we can do much more to prevent our cat from obesity. Obese cats are the second group, beside aging cats that are significantly affected by cat’s arthritis. Regular monitoring of cat’s weight enables us to do something for our precious pet. Exercising and a proper diet are two pillars of the cat’s health. For weight problem, we can always consult our vet and help the cat not only reduce its weight but also decrease the risk for arthritis.