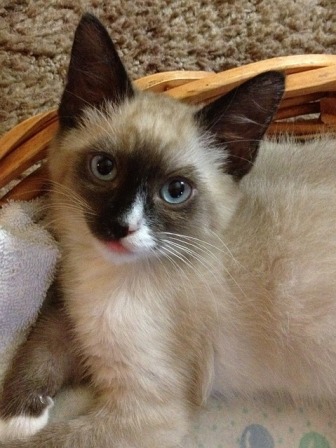 The subject of intelligence often grows into polemic between cats and dog owners. It becomes the one of those subjects with many opposite viewpoints and the question with no answer. The main reason for that is the specific nature of cats and their unwillingness to take part in researches and do assign tasks. As many cat owners know, cats simply follow their instincts and sense of contentment. Cats tend to avoid any situation that frustrates them. Furthermore, they do not tolerate anything that is not in accordance with their interests. Needless to say that cat owners love their pets, particularly for this very reason, which they see as cats admirable sense of independence rather than selfishness. They consider cats smarter than dogs because of that. According to them, cats are completely ignorant of performing stupid tricks because it hurts their intelligence. In any case, there is no simple answer on cats and dogs’ intelligence in terms of superiority of one species over another. However, another question could be more interesting to research: What are the most intelligent cat breeds? The article “The Top 5 Smartest Cat Breeds in the World“ lists the most intelligent cat breeds.

Siamese
The Siamese hails from Thailand, and is one of the most recognized breeds of cat in popular culture. It is said that he developed his crossed eyes by staring at the valuables he was charged with guarding, and a crooked tail from carrying the rings of princesses. His large, pointed ears, slanted blue eyes and a short, smooth coat with white and chocolate, blue or lilac shadings, are among his other interesting physical characteristics. In addition to his noted intelligence, the Siamese is ranked high for his playfulness and affectionate nature.

Balinese
Named in honor of dancers from the Isle of Bali, the Balinese has a medium-length coat colored cream, chocolate, red or tortoiseshell. He has a lean, muscular body and a plumed tail. It is believed that his high intelligence allows him to relate to his owner’s moods. If you are having a sad day, he may meow incessantly in an attempt to “talk” you out of your bad mood. He can also learn tricks that an average cat might ignore, such as learning to fetch a ball.

Bengal
The Bengal originated as a cross between an Asian leopard cat and a domestic cat. Because of his wild-blood lineage, some cat fancier associations don’t allow the Bengal in the show ring, though many do. The Bengal cat is a long, muscular feline with short ears. His ultra-soft coat has horizontal spots in colors such as brown, sepia and mink tabby. His intelligent mind keeps him curious about everything his owner is doing. He is playful and active, and unlike most domesticated cats, is known to enjoy swimming.

Havana Brown
The rare Havana brown sports a deep chocolate-colored coat as soft as mink. Arriving in England from Siam in the late 1800s, this intelligent cat is medium in length with a muscular build. His stunning green, oval-shaped eyes and large, rounded ears give him the appearance of being highly alert. Havana browns are ideal companions for those with a lot of attention to give. He will happily play fetch, and follow his owner endlessly. The need for human interaction is vital to his health and happiness.

Colorpoint Shorthair
During the 1940s, cat breeders began selectively breeding the Siamese to produce nontraditional colors, resulting in the Siamese-like colorpoint. His short, glossy coat has a Himalayan pattern in a variety of colors, including red point, cream point and lilac. He has a long, lean body and the distinctive blue eyes of his Siamese ancestor. The colorpoint shorthair has a playful, vocal personality and enjoys affection.

According to some feline experts, cats are not organized in packs like dogs and do not have a social hierarchy. They simply are not motivated enough to follow a pack leader, such as dogs following a man. Cats are more eager to explore and hunt, but not to perform any meaningless task. That is why they do not like training. They can be stimulated to do certain activities, but in a very distinct way. According to scientists, there are much more for measuring intelligence than observing how one performs a single task. Things like memory, urge to explore, and adaptability have to be taken into account when determining someone’s intelligence.

Tags: What Are the Most Intelligent Cat Breeds?