Why do cats mark their territory? How do they do it?

Why do cats mark their territory? How do they do it?

For cats, marking is of utmost importance, especially from a behavioral point of view. Some cats may mark their humans, other may mark the spaces they live in, but most of them use both methods to signal that they belong there. In an unknown space, a cat usually marks territory by scratching, head-bunting and spraying. They do it because it is a way of defining that particular environment and pheromones help cats understand its limits. 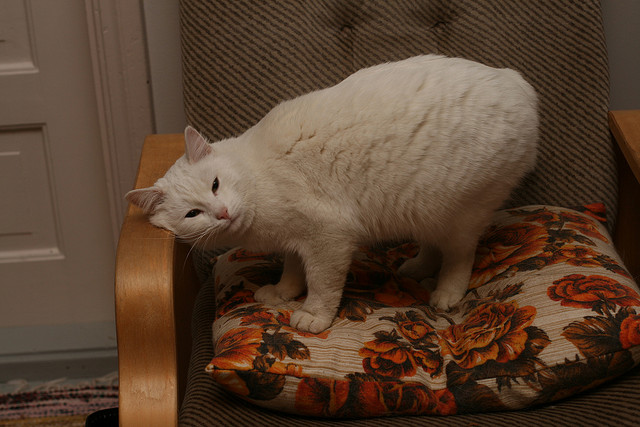 A cat marks its humans or its territory using various methods:

People need to understand that cats don’t mark their territories out of spite or to get revenge; they do it because they are indeed related to wild cats. In the wild, marking is extremely important when it comes to defining social class. It is an instinct that will not disappear with time, because its message is deeply rooted inside the genetic memory of cats.

Tags: Why do cats mark their territory? How do they do it?