Why have Domestic Cats Retain the Habits from Its Wild Ancestors?

Why have Domestic Cats Retain the Habits from Its Wild Ancestors? 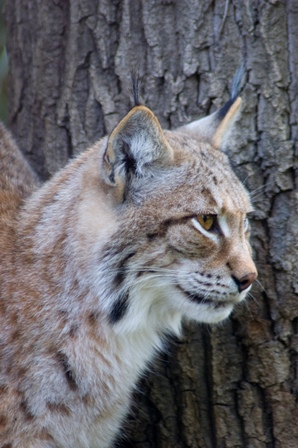 Unlike the dogs, domestic cats has retained many of their behavioral patterns of their wild ancestors till today. They are carnivorous, solitary animals that are playing a lot, covering their feces, marking the territory, communicating through smells, etc. All of these, cats inherited from the ancestors. When our lovely pet wakes us up early in the morning in order to eat, or becomes hyperactive at dusk, we can hardly recognize the old hunting patterns from the wild. If we wish to understand better these behavioral patterns and the feeding habits, let us explore the few following paragraphs from the article The Evolutionary Basis for the Feeding Behavior of Domestic Dogs (Canis familiaris) and Cats (Felis catus), published by American Society for Nutrition:

Why have Domestic Cats Retain the Habits from Its Wild Ancestors? – Evolutionary Origins

The domestic cat F. catus is derived from the north African wildcat F. silvestris lybica , which is a more specialized predator than the wolf. It has also been domesticated for a much shorter period than dogs, and is consequently much less modified from its wild ancestor. In fact, the strict definition of domestication, i.e., that breeding, care, and feeding are totally controlled by humans, producing a reproductively isolated population, can strictly be applied only to pedigree cats. Nonpedigree (“mongrel”) cats generally select their own mates, and readily interbreed both with free-living feral domestic cats, and, where they co-occur, with wild Felis silvestris. Pet cats, unlike pet dogs, have also retained the ability to hunt effectively.
That they are descended from a specialist predator is readily apparent from their dentition, which is dominated by large canines, used to sever the neck vertebrae of mammalian prey, and carnassials for shearing flesh from bone; the incisors and molars are relatively small. Unlike wolves, they are exclusively solitary hunters, and therefore usually take prey with much lower body-mass than their own, necessitating several kills per day. This is reflected in the ad libitum meal-patterning of domestic cats, which take several small meals, spread throughout the 24 h of the day.
However, domestic cats are more fundamentally constrained in their choice of foods by the absence of certain key metabolic enzymes, which appear to have been lost in the common ancestor of all of the extant species in the cat family. These losses result in very narrowly defined nutritional requirements, which in the wild can be satisfied only by a diet that consists largely of vertebrate prey. It is only perhaps in the last half-century, as these requirements have been elucidated by nutritionists and applied by pet food manufacturers, that domestic cats have been able to rely upon obtaining a balanced diet from human provisioning alone. This is likely to be the main selective pressure that has caused them to retain their ability to hunt. Before the widespread availability of refrigeration, surplus meat and fish would have been available only sporadically in all but the richest households; thus, those females that left the most descendants would be those that could obtain key nutrients by hunting.

Recognizing that the cats needs are not human-based, can help to better comprehend their’ real needs. We will better understand the cats, if we approach them from a wider perspective. In order to provide our cat with the best care, we have to offer opportunities to live in accordance with her true, natural behavior, if possible. By doing this, our cat can express positive changes. And next time, when she jumps on the sink and try to drink fresh water, we can ask ourselves – is this from her wild ancestors? – and smile.

Tags: Why have Domestic Cats Retain the Habits from Its Wild Ancestors?