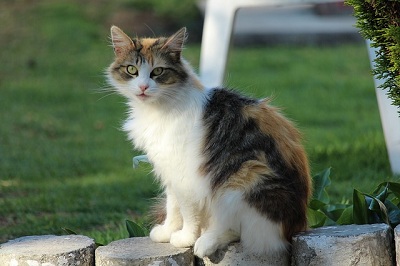 Unlike dogs, cats have always been surrounded by stereotypes, mostly negative ones. Moreover, cat owners usually share the same destiny. They have also been victims of negative stereotypes. Ignorance, lack of understanding, and lack of love for these precious beings greatly contribute to the creation of stereotypes. The majority of them appear as a result of not really understanding cat’s personality. The most common prejudice about cats is that they are aloof, emotionally distant and not social. It might be that things seem that way on the surface.

However, if we take a closer look we will find out that cats do not like being alone and isolate themselves voluntarily. They will not show expressively that they need our company. Cats have a subtle set of gestures that differs them from one of the dogs. Namely, they will not jump and lick us all over the face to show their affection. They will simply walk in and find a place very close to us. If we go to another room, a few seconds later, it will do the same. They act like silent satellites. Cats show their affection by following us wherever we go – bathroom, kitchen, dining room, and so on. The most of the cats do not like being alone and prefer sharing the same room with their owners. When they want to show their affection, they will curl up next to us and purr. For that reason, many people mistakenly assume that cats are aloof, not noticing the subtlety of their behavior. However, it seems that things are changing. The article “Survey Shows That Stereotypes About Cats Are Changing” gives us interesting insights about stereotypes about cats and claims that they many of them have been shattered.

Seventy-seven percent of survey participants say that they believe cats make excellent pets. Even more respondants (78 percent) say they would be proud to tell others they are cat owners!

A majority of people who were surveyed said cats are intelligent, loving, cuddly and attractive, but words like “moody,” “stubborn,” “aloof” and “grouchy” to describe cats also came to mind. Over half of respondents said the negative stereotypes about cats are untrue (56 percent).

In our opinion, those stereotypes, even if they aren’t true of most cats, are some of the charming and funny attributes cats may have. We’re not alone, either.

After all, the most popular cat on the Internet is Grumpy Cat. Her owner says that Grumpy Cat (who’s real name is Tardar Sauce) is actually a very friendly kitty.

Despite the positive reviews that cats get, fewer than half thought cats were protective, loyal, or friendly as opposed to more than half that considered dogs to have those attributes.

We agree with the 56 percent of respondants that believe more people would have cats if the negative stereotypes of cats and their owners were changed.

Some people believe that cats, especially the black ones, are mean, perfidious, and bring a bad luck. According to feline experts, cats who behave badly are usually the ones who have been mistreated during kittenhood. If we want well-socialized cats, we should be more caring in their young ages – from week third to sixteenth. In this way, we will help cat population to suffer less from unsustainable stereotypes about cats.