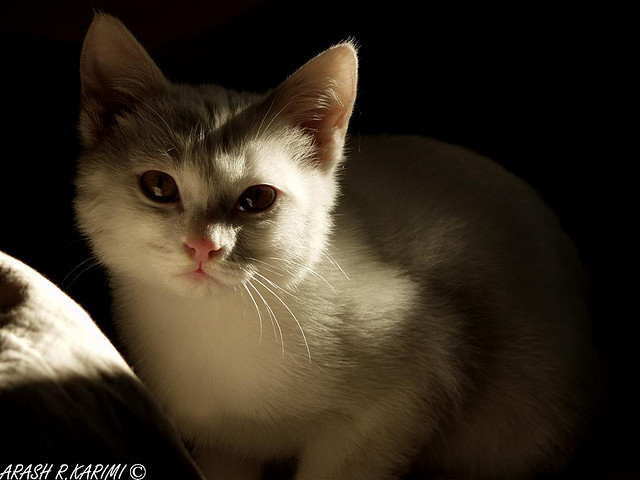 Cleo, a cat from Surrey, England, has recently received an award for having saved the life of one of her owners, Richard Jenkins. The story is rather simple. The man’s wife, Pauline, was in the house downstairs doing some chores, when all of the sudden, Cleo, the couple’s cat, started running up and down the stairs. The woman was alerted because, according to her statement, the cat is usually extraordinarily calm. Curious as to why Cleo was behaving so oddly, Pauline decided to go up the stairs. When she reached the floor, she was shocked to discover her husband in the middle of having a heart attack.

What’s absolutely amazing about this story is the fact that not only did Cleo alert Pauline about Richard’s condition, but she also dialed 999 before running up and down the stairs. Infact, after being rescued, Richard stated that he started complaining about chest pains, he felt he was sick and he ended up lying on the bed. Cleo came next to him and inspected him in a hurry and then tried to dial the phone.

Despite being wary of strangers, loyal Cleo, aged 15, refused to leave his side throughout and upon his return from hospital stayed with him around the clock until he was back on his feet.

*Quoted from the site Cats Protection

Cleo won the title of Hero Cat. In the same competition there were other amazing cats, such as Slinky Malinki and Smudge. Slinky was accepted in the competition because Slinky saved its owner, after 5 days of slipping in and out of consciousness, because of a nervous condition. Slinky alerted the neighbors, by tapping on their window, which is when they realized there had been some days since having last seen Slinky’s owner. Smudge is also a cat here, because he saved two little boys from being bullied.