Cat teaches us how to survive in a ruined hotel for three days, without any food or water 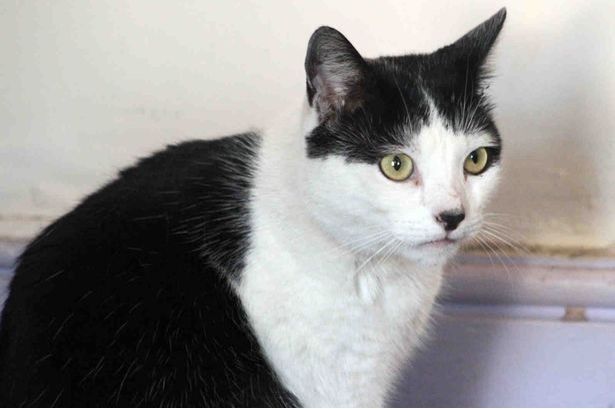 A cat has attracted the attention of the media during recent days, in the town of Porthcawl, Wales. Sarah Booth, the owner of Gaston, says she hear him meow behind a security door, but was incapable of getting next to him. Police finally came to his rescue on Monday, after she got their help. Although Sarah is the owner of three other cats, she cannot possibly understand how Gaston managed to get inside the disused hotel. She stated that temperatures in the room where he was trapped were rising and he had no access to food or water. She unfortunately could not reach the cat by breaking a window, for she feared that she may have committed an illegal action like breaking and entering. Gaston first went missing on Friday, so by the time the woman called the police there were already three days that had gone by. Gaston was first spotted by Sarah’s son, who saw him trapped in one of the rooms at the disused Seaways hotel, located close to the cat owner’s home. After they reached the site, police was lucky enough that the cat was hungry and could be easily convinced to come out, with the help of some treats. A dramatic detail of the story is the fact that Sarah is an epileptic and she says that having cats has always come to her assistance if she had a momentary crisis. She was in tears at the moment that the Mirror tabloid interviewed her.

“I could hear him meowing and I tried to get the door open but I couldn’t.”

In spite of his fugitive nature and of the fact he’s tried to escape numerous times until now, Gaston was rewarded for the whole adventure with a nice piece of ham and a large drink of water. From a veterinary point of view, I’ll say that cats can indeed go on living for a quite surprising period of time without water and without food. In fact, most pet cats don’t require a water consumption as high as owners imagine it to be. Nevertheless, it’s always better to prevent something like this from happening.