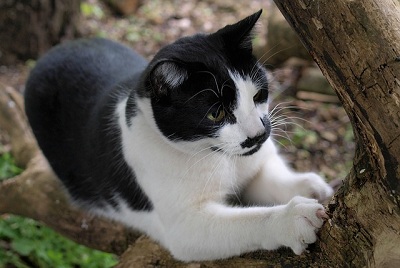 Cat scratch fever or cat scratch disease (CSD) is not a serious illness and usually disappears on its own without treatment. However, children under five years of age and people with weakened immune system can be open to complications. For some of them, cat scratch disease can be serious. But, these are rare cases. Among serious complications, the frequent ones affect heart, brain, and eyes. People with AIDS and HIV infection are the most vulnerable group that may catch the disease. It is very difficult to recognize the signs and symptoms of a cat with cat scratch fever. Most often, infected cats do not show any visible sign of disease. According to the Centers for Disease Control and Prevention, almost 40 percent of cats get cat scratch disease once in their lives. Frequently, the disease appears during their kitten stage. The disease might be, also, dangerous for cats. Some cats infected with a cat scratch fever may develop pericarditis or inflammation of the heart. But, how they become infected? Bacteria known as Bartonella Henselae are transmitted by fleas. For that reason, indoor cats that are properly protected against fleas carry the minimal risk for spreading the illness. To learn more about possible symptoms of cat scratch fever, the article “Cat Scratch Disease (Bartonella Henselae Infection)” gives us the following list.

Symptoms and signs of cat scratch disease include a bump or blister at the site of the scratch followed by:

– swollen lymph nodes (especially around the head, neck, and arms),

The best way to prevent

is to keep a cat indoors, do regular flea control, and wash hands often, or at least, after getting in contact with a cat. For children, the best way to prevent them from getting cat scratch disease is to teach them to play carefully with a cat. They need to learn that cats are not toys and do not like to be disturbed. Even though the disease usually passes on its own and does not represent a serious health condition, taking preventive measure helps a lot, especially when problems with immunity appears.