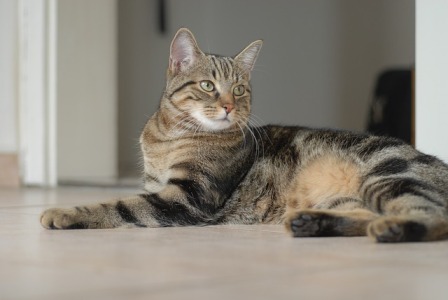 During human history, cats have always amazed people. Their independent nature, unique traits, and powerful senses convinced people that cats belong to superpowerful beings. Not only that cats induce people’s great interest in them throughout the centuries, but they also awake the whole emotional spectrum in humans, ranging from fear in the Middle Ages to extraordinary honor and adoration from Egyptians. The cats did not allow people to train them and become one of the submissive domestic animals and stayed true to themselves. Maybe it was a hidden reason for people’s ambivalent emotions, during the history. Cats are a rare sort of animals that refuse to knuckle under the man. They remain independent and stay in human’s closeness at a safe distance. The centuries of cohabitation with a man did not enable people to establish control over the cats. Probably, cats’ untouched spirit has provoked a great admiration or a great fear among humans. The article “The Magic of Cats” offers an interesting review of cats in mythology, where we can see the various phases of human perception about cats.

Ancient Egypt
One of the most famous cases of cats being seen as extremely special supernatural beings is of course ancient Egypt. While they were not exactly worshiped as is the common misconception, they were still kept in very high esteem as they kept rodents away and were skilled natural hunters. The Egyptian goddess of protection and fertility known as Bastet (or merely Bast) was often seen in the mythology as a cat or enjoyed the ability to take on the form of a cat. This religious link meant that most Egyptians paid great respect to domestic cats in case the feline happened to be the goddess in her primordial form. The tie between Bastet and cats allowed pet cats to enjoy liberties not given to other household pets such as the freedom to come and go as they pleased rather than being caged or leashed. Having a loyal household cat was also thought to be lucky as it would act as a protective spirit over the house and the house’s inhabitants with its natural magic and connection to such a powerful goddess in the Egyptian pantheon.

Norse
Even though most people tend to restrict their views of the ancient Norse culture to manly Vikings and the raven carrying god Odin, there was a more feminine aspect to this ancient civilization and religion that embraced cats as special creatures. The Norse goddess of fertility and love named Freya (also spelled Freja, Freyja, Freija, or Freiya), which literally translates as “Lady” and is the source for the day of the week known being called Friday, was closely associated with cats in addition to her prowess over the magical realm. Her personal transport of a beautiful chariot was pulled by two large gray (or in some stories black) cats and domesticated cats were thought to be her liaisons to the mortal realm, signifying good luck and a happy home life to those who kept cats in their home by taking care of them and feeding them. These cats were also given a certain amount of freedom as the cats were supposed to be helpers of Freya whenever she called upon them or needed assistance.

Burma
The sacred Burmese cat is one of the most special cats to that part of south east Asia, having a story for its own origins of the specific breed that involved the cat being tender and caring toward a murdered monk. It is believed that the holy Kittah (monks of the ancient religion in the area) was blessed by the goddess Tsun Kyan-Kse to be reincarnated in the form of these special felines upon their deaths. They will then live out one life as a cat before immediately ascending to Nirvana where they will rest comfortably with a shimmering, golden halo to denote their unique status in this paradise beyond the mortal human realm. Anyone who kills one of these beautiful cats with brown extremities, white paws, golden fur upon its center body, and blue eyes (even if the death of the animal was an accident) was to be condemned to suffer incredibly cruel torments until the injured soul of the reincarnated monk was appeased.

Medieval Europe
The era of medieval Europe was a very negative time for cats and cat lovers. Pope Gregory IX actually denounced black cats as being agents of the devil and Satanic in origin. This led to a mass extermination of many cats, some of them even burned alive in search of the devil’s spirit within. Subsequently, cats were also associated with witches during this time as they were thought to be gifts from the Devil to help in their witchcraft acting as “familiars” once the witch sealed her (or even his) pact with Satan. In fact, one of the implicating signs of someone who practiced witchcraft during the Middle Ages was a person who talked to and more than casually interacted with a beloved pet cat that one had named. Of course there was a relatively big problem in the killing of cats during this very anti-feline period. Less cats on the streets meant the increased proliferation of rats and thereby the fleas on the rats who were carrying the virus known as the Black Plague.

Although, many different mythologies vary in their descriptions and stories about cats, they all agree on cats’ mystical traits. Until the present time, we accept that without much knowledge behind it. Indeed, we did not have much scientific evidence about cats‘ superpowers until recently. The latest researches confirm the cats’ special abilities to see things, which we are unable to see. According to scientists – reindeers, dogs and cats can see ultraviolet light (UV) spectrum. In this way, they can see a urine trace behind their prey, specific patterns on flowers that direct them to nectar supplies, etc. There is also evidence that cats can heal themselves with purring, and protect them from broken bones. Even though we can see clearer nowadays their specific traits, there is much more we do not understand about them. But it does not prevent us from deepest appreciation we have for these precious beings.