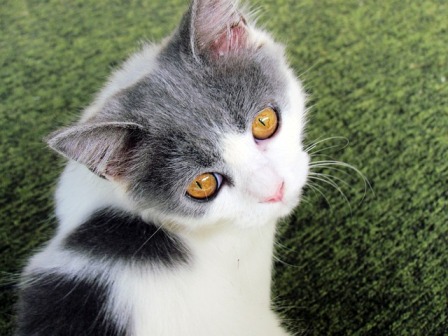 Every cat owner will agree that her/his cat has empathy. How many times, we have experienced the soothing behavior of our cats when we were sick, sad, or simply nervous. They, also, change their behavior when we argue with our partner, child, or friend. Some cats somehow mirror these feelings, while others seek protection under the bed. We have so many times witnessed those types of behavior. But, what say researches? Are cats or other animals capable of feeling empathy? Empathy, especially the kind which is termed ‘affective empathy’, refers to the ability to mirroring emotions and moods of another being. According to psychologists, there is another type of empathy, which is called ‘cognitive empathy’ that includes imagination and understanding; in other words, this type of empathy requires cognitive abilities. Having this in mind, can animals sense the both types of empathy? Or, can they feel empathy on some primitive level? The following excerpt from the article “Do Animals Have Morals and Show Empathy?” explains animals behavior in two different situations, where they demonstrate the ability to rescue the hurt animal.

One video from India shows a monkey seemingly saving the life of another primate after it was hurt on a railway line. The monkey was electrocuted and fell unconscious on to the tracks. Its fellow primate seems to attempt to resuscitate the animal by repeatedly biting, hitting and dunking him in water.
A second video showed a dog that had been fatally wounded on a motorway in Istanbul. Another dog can be seen standing over the body and begin to push the canine corpse toward the side of the road. The dog can clearly be seen experiencing a large amount of distress at the scene.

The Independent spoke to Dr Frans de Waal from Emory University to discuss the two intriguing videos. De Waal is a renown biologist and primatologist who studies the behaviour and social intelligence of primates.

De Waal says animal empathy is underestimated: “There is increasing evidence, mostly in mammals but also in birds, that animals are sensitive to the emotions of others and react to distress in others by attempts to ameliorate their situation or rescue them. There are experiments showing the same, so these videos are to be taken seriously as illustrations of this tendency.”

Waal said both these videos displayed “a retrieval response that is also shown by maternal mammals when one of their young is left alone or in distress. Females pick up the young with their mouth and carry them back to the nest. Here shown by one dog to another apparently hit by a car.”

Even though, it has been long considered that humans, especially pet owners, are prone to attribute human’s feelings to their pets; it is now changing. There is more evidence of animals’ empathy and their ability to read other’s emotions. Even the language, cats using to communicate with us, they have developed during a long history of domestication. It is wide known that cats do not use the same language, especially vocalization when communicating with other cats. They learnt to read our facial expression and body language, in the process of adjustment and survival. Therefore, it is not surprising that this long cohabitation with humans makes them more attentive to humans and their emotions. They certainly do not understand how it seems to go through break up or get fired, but they will curl up in our lap and try to soothe us with purring. They just feel our bad mood and want to help.