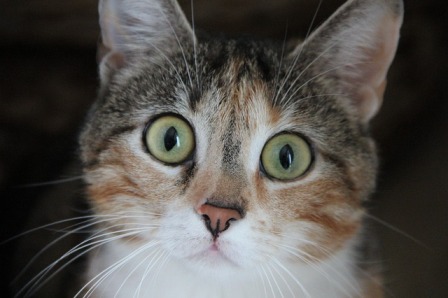 Cats make a special bond with their owners that enable them to sense the changes in owners’ feelings. It is not unusual that a cat curls itself near the owner or jumps into the lap and purr when the owner feels sad. They are known for their comforting behavior. Cats use purring to comfort themselves, and if necessary, they use the same technique to soothe their owners. They also display strange behavior when their owners are arguing. Some cats hide themselves somewhere in the corner while other yells at them, trying to stop them hurting each other. Although, many scientists suspect that cats can have emotions at all, cat owners hold an opposite viewpoint. Scientists tend to think that cat owners often anthropomorphize cat traits, or simply said, regard cat’s behavior as humans. On the other side, cat’s behaviorists agree that cats can feel every emotion of their owners. According to Warren Eckstein, the animal behaviorist, cats may not express their emotions in the same way as humans, but they certainly can feel the same emotions. The article “Cat Affection Move: The Paw of Compassion” explains how cats react to human emotions.

Cats have many skills which help them sense our moods.

Matching brain structures. A cat’s limbic system is considered very similar to our own human ones. This is the part of the brain which connects emotion with our thought processes.
This is why science is working on an electronic simulation of a cat’s brain. While small, it is powerful, and a good model to understand human brains.

Compatible emotional range. Cats and humans have neurological, hormonal, and genetic makeups which are far more alike than they are different. There are many explanations to delineate the gradations between us, as in this thoughtful essay, but it is necessarily a difference of degree, not of kind.

Shared social environment. Our cats are used to, at the very least, evaluating our behavior and seeing how it impacts their needs. There might be an element of selfishness in our cat’s strong interest in our moods; but no more than it would be for our own children, partners, or friends who rely on our mutual assistance for physical or emotional needs.

Cat behavior is the biggest mystery for their owners, even though they live together around 10,000 years. It is not surprising that cats have developed a special way of communication with humans, during all those years. Maybe their ability to sense human’s feelings evolved as a necessary part of their adjustment in this cohabitation. Although cat experts support the view of cats as compassionate animals, it is wise to refrain from ascribing human’s feelings to cats. Especially, in the case when the owner tends to punish her/his cat for its misbehavior. This poor cat can become the victim of owner’s misperception easily. In any case, respecting the cat and accepting it as a unique being will result in a good and happy relationship between a cat and its owner.