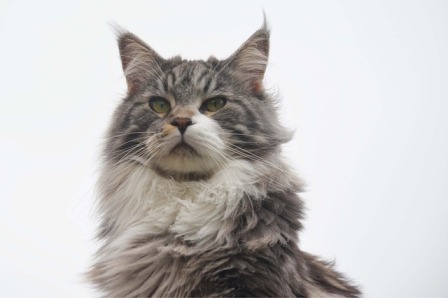 Cats are independent and intelligent beings that know what they want and how to get it. These characteristics are, at the same time, the main reason cat owners unconditionally adore them. However, the term cat owner does not match its true meaning. In reality, the opposite is true – it is rather cats that own them. For cat owners, it is not something to discuss; they simply accept reality as it is – it is not possible to possess a cat. Cats show as extremely consistent in what they want and, very often, they manage to get it. That kind of stubbornness and persistence are traits that most owners deeply respect. Cats’ dignity and attitude “I am worth it” completely win the hearts of their owners. About these traits and cats maneuver in getting what they really want is a subject of the article “House Cats Know What They Want and How to Get It from You”.

The rather crafty felines motivate people to fill their food dishes by sending something of a mixed signal: an urgent cry or meowing sound embedded within an otherwise pleasant purr. The result is a call that humans generally find annoyingly difficult to ignore.

“The embedding of a cry within a call that we normally associate with contentment is quite a subtle means of eliciting a response,” said Karen McComb of the University of Sussex. “Solicitation purring is probably more acceptable to humans than overt meowing, which is likely to get cats ejected from the bedroom.” She suggests that this form of cat communication sends a subliminal sort of message, tapping into an inherent sensitivity that humans and other mammals have to cues relevant in the context of nurturing their offspring.

McComb said that she was inspired by her own cat, who consistently wakes her up in the mornings with a very insistent purr. She learned in talking with other cat owners that some of their cats too had mastered the same manipulative trick. As a scientist who already studied vocal communication in mammals, from elephants to lions, she decided to get to the bottom of it.

***
In a series of playback experiments with those calls, they found that humans judged the purrs recorded while cats were actively seeking food as more urgent and less pleasant than those made in other contexts, even if they had never had a cat themselves.

***
McComb said she thinks this cry occurs at a low level in cats’ normal purring, “but we think that cats learn to dramatically exaggerate it when it proves effective in generating a response from humans.” In fact, not all cats use this form of purring at all, she said, noting that it seems to most often develop in cats that have a one-on-one relationship with their owners rather than those living in large households, where their purrs might get overlooked by poorly trained people.

As we can see, cats are smart animals that have highly developed skills in reading emotions of their owners. They train them carefully. Every cat owner knows that the cat will not use the same strategy with two different people; they are, somehow aware that every person is unique and have to use a distinct technique for different person. They recognize which person is prone to feed them whenever they want, which wants to play, and which is more prone to pet them. Cats are most definitely the cutest pets that easily get their owners under the skin. Maybe this starting point is a key to understand how the all “ownership” thing has been started.

Tags: How Cats Own Their Owners