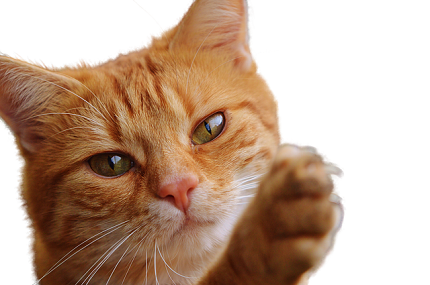 Cat scratch disease (CSD) or cat scratch fever does not represent serious condition. In the majority of cases, it resolves on its own. However, children, older persons and persons with weak immune system are at risk of catching cat scratch disease. In healthy people, this disease usually goes unnoticed and do not require medical treatment to heal. The first symptoms of the illness appear up to 10 days after getting scratched or bitten by a cat. It usually begins with a bump near the recent wound and can be accompanied by swollen lymph nodes. For kids, it is the clearest sign to visit a doctor. There is no need to panic; doctor usually prescribes antibiotics, and the disease is over for three weeks. Additional symptoms that can occur are fever, fatigue, headache, nausea, vomiting, sore throat and loss of appetite. However, cat scratch disease can be avoided by taking a few precautions as described in the article “Cat Scratch Disease”. The article explains how to prevent kids from cat scratch disease.

Teach kids to avoid stray or unfamiliar cats to reduce their exposure to sources of the bacteria. To lower the risk of getting the disease from a family pet or familiar cat, kids should avoid rough play to prevent being scratched or bitten. Have your family members wash their hands after handling or playing with a cat.

If your child is scratched by a pet, wash the injured area well with soap and water. Keeping the house and your pet free of fleas will reduce the risk that your cat could become infected with the bacteria in the first place.

If you suspect that someone caught cat scratch disease from your family pet, don’t worry that your cat will have to be euthanized (put to sleep). Talk with your veterinarian about how to handle the problem.

Cat scratch fever is spread by fleas that transmit bacteria called Bartonella henselae to their host – a cat. Kittens are especially prone to this type of infection and in the majority of cases, they spread the disease. That is why experts advise us to supervise our kids for washing their hands after playing with kittens or a cat. Many parents worry whether the disease is contagious. The answer is no. If one of the family members gets cat scratch disease, he/she will not further spread the illness. However, it has to be a sign that a cat is infected with Bartonella hanselae bacteria, and we need to keep an eye on it. According to veterinarians, Bartonella henselae mostly produce mild infections in children. Serious cases are extremely rare. Moreover, once a kid gets infected by cat scratch disease, it becomes immune and protected during all its life from CSD.

Tags: How to Prevent Kids from Cat Scratch Disease?