WinnFelineHealth published an article about a pheromone that could modify cats’scratching behavior. 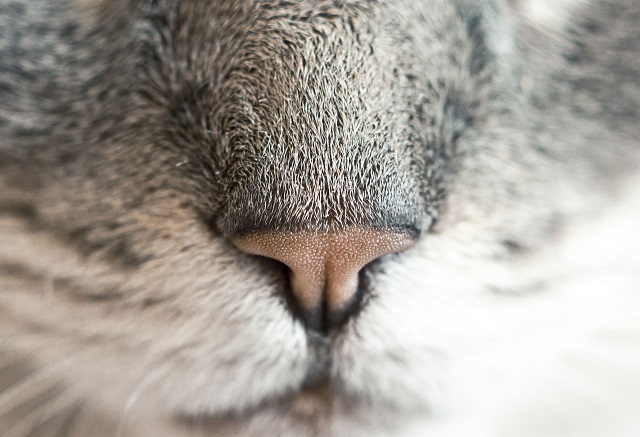 The authors performed a randomized blinded study on 19 cats, following a crossover design to test the effects of synthetic feline interdigital semiochemical (FIS) on the induction of scratching behavior in cats. The scratching behavior of the study cats was observed when the cats were introduced to a scratching post after receiving, at random, FIS then placebo or vice versa, applied to the post. FIS is described as a synthetic mixture of fatty acids that represent components of a natural pheromone identified in sebaceous gland secretions from the plantar pad complex in cats. The product used in this study was a natural liquid combined with FIS (Feliscratch; Laboratoires BIOSEM) applied in vertical lines to the scratching post.

The results show that the presence of FIS can influence and prime the location for this important feline behavior. It also gives specific, long lasting information to other cats. Using the semiochemical approach can modify the choice of areas selected spontaneously by cats. In the future, it could be used as a preventative measure for a cat arriving at a new home or control or change inappropriate scratching behavior.

The original scientific paper was published in an Italian Journal. An abstract of the paper is available at the following link: Scratching behavior and its features.

Tags: Scratching behavior of cats could be changed with the help of a pheromone