According to experts, cats had been domesticated several times in our history and different locations. We all know that the Egyptians had worshiped cats, especially for their ability to catch mice and rats. In the other part of the world, scientists have found the remnants of human’s and the cat’s body buried together about 9,500 years ago in Cyprus. Furthermore, researchers have discovered cat bones in a Quanhucun village in China that reveal interesting information about cats and human’s relationship. Namely, they have found that people fed them as their household animals. But, when did humans begin to keep cats as pets? Namely, cats were domesticated for their hunting skills that helped people get rid of rats and other animals such as snails, spiders, mice, and so on. Moreover, cats helped people to reduce and even expel plague and other contagious diseases that were spread by rats. But, in what period, did people decide to keep cats not only for their utility but also for their companionship? Today, when many families keep dogs or cats as their pets, many owners do not refer to them even as pets 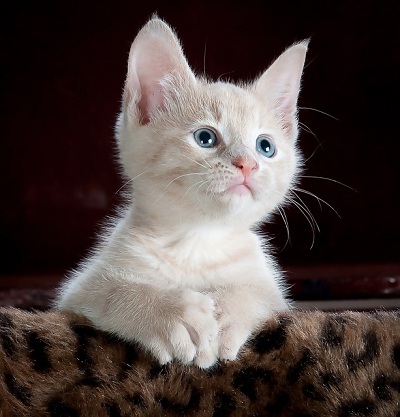 . They rather want to think about them as family members. For ages, animals have been kept in households for their specific work abilities. However, it is not until now that we are completely accustomed to an idea of pets or animal’s family members. To learn more about when and how cats became pets, the article “Obsession with Pets at All-Time High” gives us interesting explanation.

While owning a pet is almost the norm today, in eras past, it was a luxury, says Alan Beck, a veterinary professor with Purdue University’s Center for the Human-Animal Bond. While farmers may have kept cats to rid their barns of mice and dogs to herd or help with hunting, keeping an animal solely as a companion was something for which only the wealthy had the free time and disposable income.

But as the American middle class emerged and grew in the 20th century, all of that changed and pets, like cars and TV sets, became something that anyone could have.

“More people have discretionary time, discretionary income,” Beck said. “So you don’t have to be one of the upper echelon to have a pet.”

Pet ownership in America really began to take off after World War II, Zawistowski said, as families not only earned more income, but began to move to the suburbs, where they had more room to keep pets.

Adding to this was the changing notion of what constituted the typical American family, which was shaped by how families were portrayed on TV and in the movies. In addition to a mom, dad and kids, these fictional families had a dog and cat, sending the message that pets were an essential part of home life.

Only 50 years ago, many people thought cats belong to the outside world. However, in a certain moment of time, someone could not resist a cat’s specific charm and let a cat inside. Since then, we have a population of these adorable pets, lying nonchalantly on our sofas, teaching us how to relax and relieve stress. It might be that they found a new role as our teachers in calmness and peacefulness.

Tags: When Did Cats Become Pets?