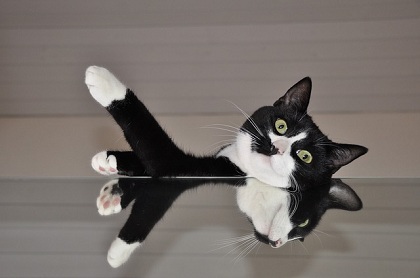 Cats are intriguing creatures that often puzzle us with a strange behavior. One of their habits that annoys many owners is when they knock things down. Some cats do this often while others rarely display such behavior. But, in both cases, we are still baffled with this activity and wonder why they do that, or what are the reasons for such behavior. From a scientific point of view, feline experts explain cats need to push things off a table or some other higher place as exercising their hunting instincts. They like toying with prey. For scientists, this type of behavior resembles on toying. However, cats are very smart, and they will sooner or later notice that pencil, remote control, or glass will not fly when knocked down a table. And other feline experts think that cats do that because they are bored. It is particularly true in the case of an indoor cat. They often lack stimuli in their environment. Toys they already have, do not frequently catch their attention. Not only that bored cat knocks things down, but also many cats use this type of behavior as a way to attract the attention of their owners. The article “Why Cats Love to Knock Things Over” explains further this reason.

Cats are known for clawing at drapes and knocking over anything within their reach.
This behaviour can be seen as annoying mischief, but specialists suggest there is a deeper meaning.
This kind of conduct isn’t a way to feed their animal instincts, it’s just your cat demanding attention, they say.
‘Unlike dogs or cows that we’ve domesticated, cats are self-domesticated and don’t need humans to survive,’ Dr. Eric Doughtery of The Cat Practice told dailymail.com.
‘Cats use us and this is just a way of them getting what they want, which is probably to be fed or it could be their way of them telling us they’re ill.’

Whatever the reason lies behind this behavior, it is important to find a way to help a cat get rid of it. If a cat pulls things off to attract attention, then we should spend more time with it by playing or cuddling. If a cat is bored, a good idea can be to replace the old toys with new ones. Sometimes, building or buying a cat tree can help an indoor cat to spend a lot of time watching birds and get more stimuli by simply observing things through the window. Jackson Galaxy explains that cats do not knock things down intentionally, but they are rather bored or curious. Having that in mind, we will easier find a way to help our furry friend to stop knocking things down.

Tags: Why Do Cats Knock Things Down?