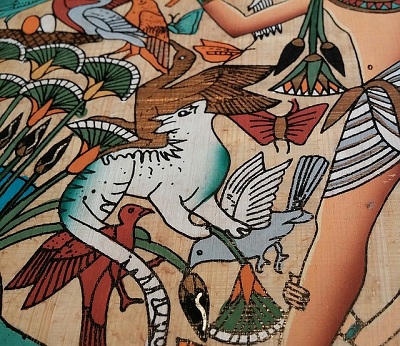 Our modern-day fascination with cats is not just a contemporary obsession. Namely, people had become obsessed with cats long ago as their perception of cats through history has varied. Different ancient civilizations had shared a similar degree of obsession with cats. It is not only that the Egyptians had worshipped the cats, but also other civilizations see them more than mousers. Interestingly, the recent research has confirmed, that archeologists have excavated the remnants of the first cat that had been buried near a man 10,000 years ago. This is a clear sign that they had revered the cats. Moreover, scientists found ornamental artifacts in a grave and they concluded that the buried person was of high rank in an ancient society. To learn more about how do people see cats through history, the article “A Brief History of House Cats” offers the following description.

God and Devil: The Cat in History

If cats seem ambivalent towards us, as the quotations from cat fan-sites indicate, then it may be a reflection of the wildly mixed feelings humans, too, have shown cats over the millennia.

The ancient Egyptian reverence for cats is well-known—and well-documented in the archaeological record: scientists found a cat cemetery in Beni-Hassan brimming with 300,000 cat mummies. Bastet, an Egyptian goddess of love, had the head of a cat, and to be convicted of killing a cat in Egypt often meant a death sentence for the offender.

Ancient Romans held a similar—albeit tempered and secularized—reverence for cats, which were seen as a symbol of liberty. In the Far East, cats were valued for the protection they offered treasured manuscripts from rodents.

For some reason, however, cats came to be demonized in Europe during the Middle Ages. They were seen by many as being affiliated with witches and the devil, and many were killed in an effort to ward off evil (an action that scholars think ironically helped to spread the plague, which was carried by rats). Not until the 1600s did the public image of cats begin to rally in the West.

It is interesting to note that people’s beliefs are often linked with how they see cats through history. Namely, many contradictory beliefs refer to cats. For example, while black cats considered bad luck in the United States and Europe, the opposite belief was held true in the United Kingdom and Australia. Namely, these two countries regarded black cats as the fortunate ones. In Britain, people go even further considering tortoiseshell cats as the good omen for a future venture. It is also that people in Russia have similar beliefs about blue cats. As we have seen, the fascination with cats is old as cats and human’s connection. Even though the way people see cats through history was continuously changing, varying from good to bad and vice versa, today’s cats are more popular than ever.

Tags: How Do People See Cats Through History?